Through a child’s eyes 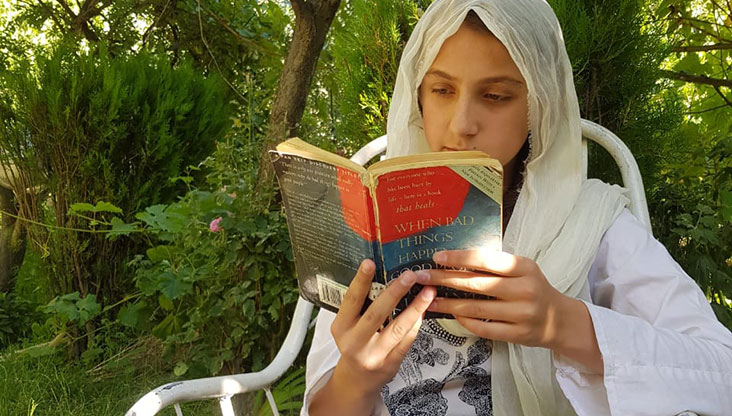 When schools first shut down in Gilgit-Baltistan, Pakistan, in the wake of the Coronavirus pandemic, it was announced that they would be closed for 3 days only. 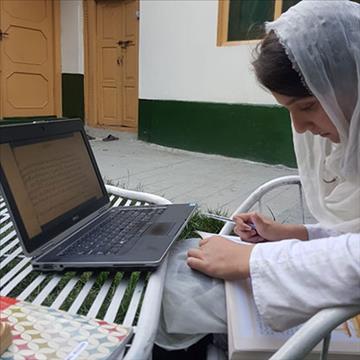 That was March. Now, four months later, it is still not clear when they will reopen.
Kainat Mohammad Azam, a grade 8 student at the Aga Khan School, Murtaza Abad, says that she and her friends had little idea of what lay ahead when they celebrated that initial closure. “We were very happy,” she says. “Maybe that was a mistake.”
Chances are that most students the world over were glad to be told they would be getting a few days off. Now most of them can no longer wait to be able to go back to school.
“It is not fun studying at home,” Kainat says, though she has enjoyed the reading programme run by the Aga Khan Education Service, Pakistan in the first couple of months of the pandemic, as well as the lessons taught through cable television as part of the Digital Learning Programme. However, it is not the same as having a teacher in the room and sitting next to her class fellows. She misses not just working with others but also sharing jokes and laughter.
Kainat lives with her extended family in the Murtaza Abad village in Hunza, Gilgit-Baltistan. As they share a house with her elderly grandparents, her parents are extra careful about following all the Coronavirus precautions. This means that meeting friends is not an option so, to Kainat, the lockdown feels a lot longer than 4 months.
With parents keeping children in the house, and fewer people travelling for work, the village has taken on a deserted look, Kainat says. Not only does she not see children playing outside, she no longer hears any traffic on the roads. Another change Kainat notes is in the way festivals during this time have been different. Between March and August, many big festivals, such as Eid and Navroz, have quietly come and gone. “We have a tradition in our area of putting up swings in the trees during Navroz, and children gathering to play in gardens. This year, our parents made us take the swing down after just one day.”
Kainat’s parents, concerned that the children should not miss learning during this time, are always telling them to study. And apart from helping her parents around the house, a big part of Kainat’s day is taken up with first doing her own schoolwork, and then helping her younger siblings and cousins with theirs. Being the eldest child in the family in the school-going age group, the younger children in the house often look to her for help with the lessons. “And if there is something in my lessons which I feel would be interesting for my younger brother and sister, I also share it with them,” Kainat says.
While her younger sister was always self-motivated, Kainat says her brother often needs to be pushed to study. “But now, even he has started taking an intertest in books as he is so bored.”
This is just one of the many ways life has changed for Kainat and other children. Much as she is hoping that schools would open “tomorrow”, Kainat also realizes that readjusting to the school routine once that happens will require a bit of time. “I used to walk to school every day with my bag of books and never get tired. Now the same walk emptyhanded tires me,” she says.
Photos credit:
Salma Bano