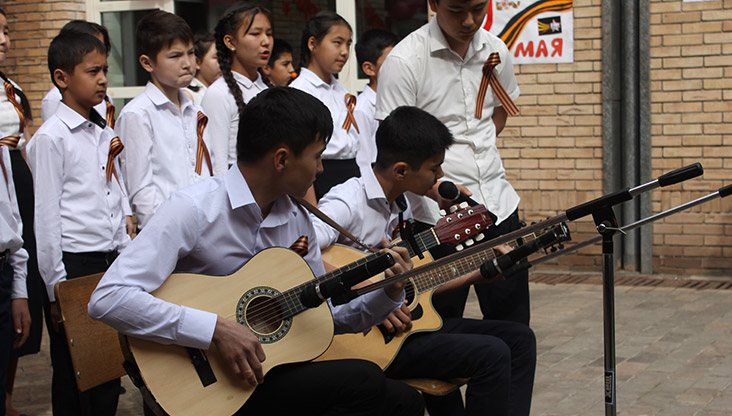 Every year our country celebrates Victory Day on May 9. On this day, TV networks broadcast World War II-inspired films, younger generations honor veterans, and the festivities culminate in a military parade at City main - squares. 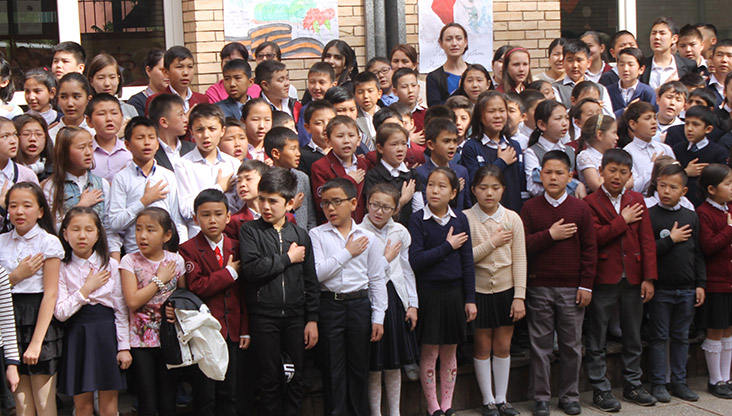 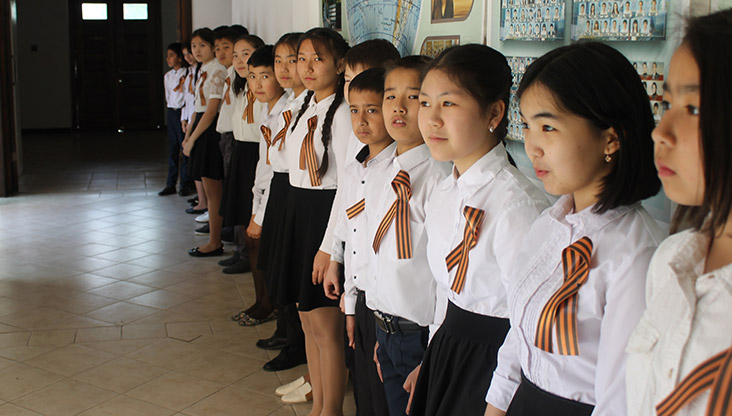 For that reason, the Aga Khan School, Osh, as many schools in Kyrgyzstan, organized holiday assembly on May 4  and invited the veterans of WW II and Labor to celebrate Victory Day -. This assembly devoted to 72 years of Victory day and the following veterans were invited:
Some of our students visited Danilevich Evgenya Aleksandrovich, war veteran as she was not able to come to the school assembly.
This celebration assembly was prepared by the Social Studies teachers where their students sang songs about war and victory, recited poems and showed short episode from war and peace.
The invited veterans made a short speech about their war experience.  After the assembly, there was a small lunch for the veterans, as the students presented their gifts to honored veterans. These gifts were bought with the money that was collected by the Aga Khan School, Osh students, and teachers as part of the Victory Day tradition.
We will always remember and are proud of our grandparents’ feats during Great World War II!
What's new

12 February 2020 | SUCCESS STORY
The Diamond Jubilee High School, Hyderabad
World Read Aloud Day 2020 : Every book you've ever read is just a combination of 26 letters!
Reading aloud, even for adults, is a fun, easy way to connect people, while at the same time improving listening skills and vocabulary.
[ Read | More about this school ]