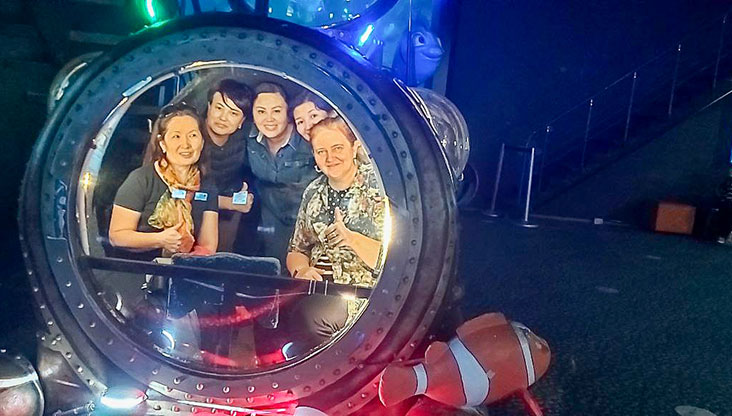 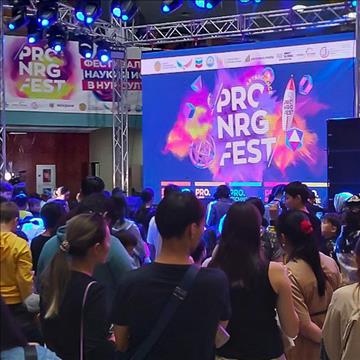 It is the country’s first festival dedicated to science, technology, engineering, arts and mathematics (STEAM).
“I was struck by the scope of the event, where you could learn about, and focus on, numerous topics of interest,” Natalya said. “This cutting-edge festival was open to educators as well as those wishing to learn more about STEAM. Students and their families showed great interest in this festival and happily participated in the various educational activities.”
The two-day event included lectures, science scavenger hunts, art installations, musical performances and more. Additionally, Natalya participated in a creative workshop on problem-based learning, which served as an extension to a series of trainings she and others received earlier this year at the Aga Khan School, Osh.
“At the festival, I held a small, creative arts workshop where anyone could build, craft and draw,” said Natalya. “There was also a photo gallery reflecting the work of our teachers in the STEM programme that grabbed the attention of many festival participants.”
Natalya believes the experience gained from the festival will help her better understand “how to turn schools into creative laboratories” by implementing STEAM education. Following training sessions from earlier this year, STEM-related programmes are actively being implemented in many classrooms at the School, including exciting co-curricular activities such as robotics and coding.
Photos (top to bottom): 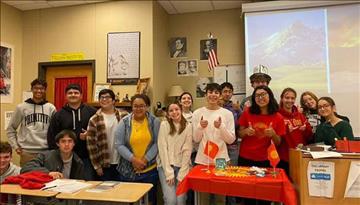 Aga Khan School, Osh student reflects on FLEX programme in the US 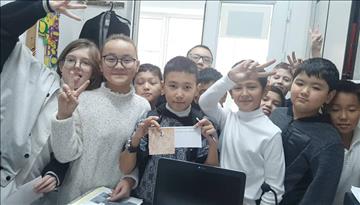 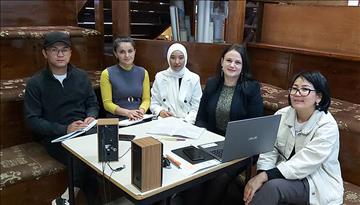