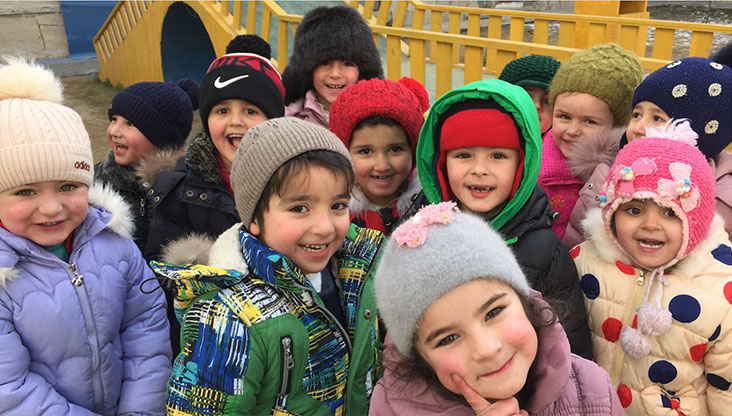 “Which animals might be able to climb over the wall?” asks the teacher in English. The response comes in Shugni, the local Khorog dialect. “Tiger,” she repeats in both languages while holding up the animal. “This is a Tiger.”

Meanwhile, two other children sit with their bears, discussing in Russian the all-important question for the day: where to find fruits and vegetables for the animals’ lunch.

This is one of two Aga Khan Early Childhood Development centres in Khorog, Tajikistan inaugurated in January 2018. The other centre is housed in a three-story building shared with the Aga Khan School, Lycee which opens onto the gardens of Khorog Park. Its outdoor playground has wooden bridges and tunnels, climbing apparatus, free-writing boards and sand pits.

Both centres feature distinct learning areas where small groups of students learn about construction, art, reading, traditional music, and dramatic play. They also have the space for children to run around and develop their sports and motor skills. Between them, the two centres house some 300 students.

When the teachers meet after lunch to discuss how to improve the classes, they discuss the best strategies to build from the native dialects of Shugni and Rushani to support the development of Tajik and English. As well, what to do about the former official national language of Russian, which is most prevalent on TV and commonly used by the children?

Being immersed in so many languages is doubtless an advantage. As such, Aga Khan teachers are teaching young children how to tell these languages apart and use them distinctly.

Tajikistan was one of the struggling Central Asian provinces that became independent when the Soviet Union collapsed in 1991. Since 1997, however, peace has paved the way for recovery.

“He used to play with toy weapons, fighting and so on. But now he tries to go out to the yard, or build things with available resources,” says the parent of a six-year-old enrolled in AKES ECD programmes in Khorog.

The AKES ECD curriculum builds on traditional local values and best practices in holistic development. Teachers are trained to guide students to learn actively by following their own curiosities. The educational content supplements the Tajik National Curriculum, but the methods are sensitive to the students’ interests, choices, and the way they engage with the people, ideas, and objects in their environment.

“What this programme gives our children today, I am sure that will make them the most active citizens of our country in the future,” said the parent of another five-year old student.

Meanwhile teachers continue to cultivate a student-centred technique and develop in each child the skills, knowledge, attitudes and kind, thoughtful dispositions that promote a peaceful and responsible society. 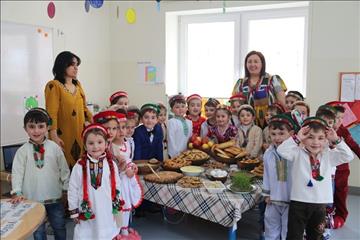 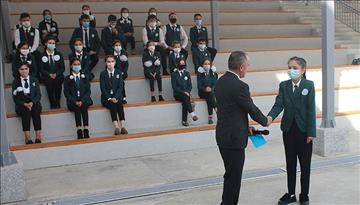 Women who inspire me: reflections from a thankful student at the Aga Khan Lycée in Khorog