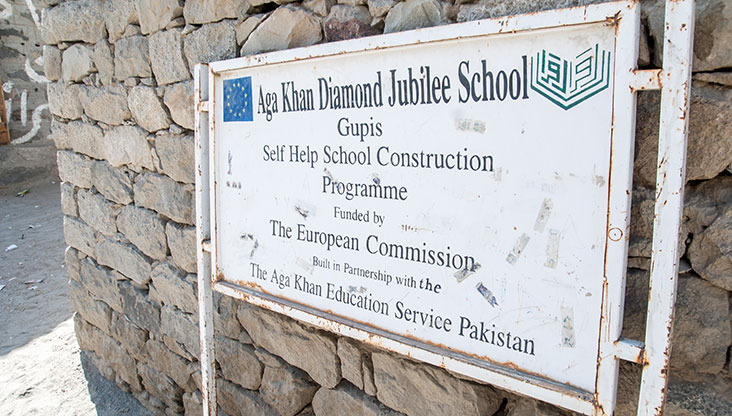 The first Diamond Jubilee (DJ) schools began in 1946 and were conducted in available spaces in Jamaat Khanas (Ismaili community centre) under open skies, in communal kitchens and in guesthouses.

The first Diamond Jubilee (DJ) schools were started in available spaces in Jamaat khanas (Ismaili community centre), under open skies, in communal kitchens and in guesthouses. Over the years, as communities realised the importance of education, they came together to build structures to serve as schools. These were often single or two-room mud structures, with land, material and labour all provided by the communities.
In many cases, the communities even started running schools where Aga Khan Education Services, Pakistan (AKES,P) had not been able to establish them. Over the years, many of those schools became AKES,P schools through formal agreements signed with the communities. Others are still operating as community-run schools, with material and professional development support provided by the AKES,P.
Diamond Jubilee High School, Danyore is an example of the key role the community has played in supporting education. Malik Shah, one of the school’s retired teachers, describes how the Khalifa (community elder/representative) would go door-to-door to collect 50 paisa from each house for the school. According to Shah, the construction material and the labour were all provided by the people of Danyore at the time.
Diamond Jubilee High School, Hundur is another such story. The school started in 1952 in a room in a Jamaat Khana (Ismaili community centre) and was then moved to the Aga Khan Health Service building from 1987 to 1992. In 1992, it acquired its own building with AKES,P’s help. “I was the convener of the Village Education Committee (VEC) when the building was being constructed,” says Shukrat Ali Shah, who served for 14 years on the VEC. “The community collected all the materials together and raised funds. It was tireless work for the VEC; many people hadn’t yet seen the dire need for education, so we needed to put in a lot of effort to convince everyone.”
Hunza Valley is one area in Gilgit-Baltistan with nearly 100% literacy rate. One of the oldest schools in the valley is the Diamond Jubilee Middle School Altit dating back to 1946, which was built on land donated by the community members.
The DJ schools in Gupis (established in 1949) and Gitch (established in 1962) also started in small rooms in Jamaat Khanas, and were later upgraded to their own buildings through a European Union-funded Self-Help Construction Programme. “I have this clear memory,” says Musa Khan, a retired teacher at DJ High School, Gupis. “All the labour for this new building that we have now for this school came from the community. When AKES,P decided to build the schools, they enlisted the help of these very people. There was so much demand for schools that everyone took this on readily.”
Clearly, without the communities’ commitment to education, Aga Khan Schools would not have been able to make the positive impact they have today. 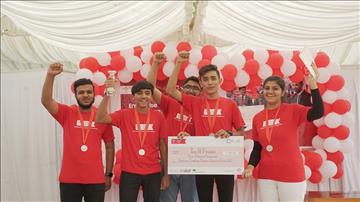 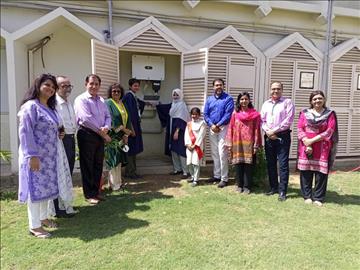 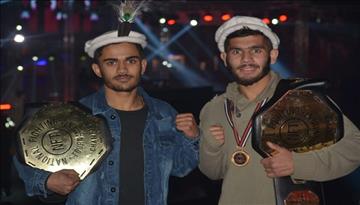